Video proof  that I was there : Tractor pull

On a recent visit to see my daughter at Cal Poly I got to witness my first tractor pull event.  Walking towards the entrance, I could only imagine what this was going to be.  Tractors pulling what?  I know NASCAR goes around an oval track with lots of horsepower, but a tractor?  When I first saw some of those tractors on steroids, I started imagining a drag race.  Now that would be cool.  John Deere vs. Kubota, now there’s a classic showdown.

But it wasn’t in the cards. This was about pure muscle.  Some of the …

Last weekend I celebrated one of my favorite rites of spring – the end of “tax season”.   Instead of staying home and beginning to dig out from under my personal (and embarrassingly large) backlog ,  I dropped Blue the Schnauzer off with friends, left food for the cats, loaded Ace the Scottie into the car, and took off for Mendocino.

The weather gods were smiling and there was not cloud in the sky as we cruised through Anderson Valley on our way north.  Apple orchards were in bloom, vineyards were coming to life, and wildflowers dotted the landscape.

Ace and I spent two …

Most of our blogs are pretty upbeat and a few may even be interesting.  This one is sad.

I learned last night that Warren Warner Jr’s son, Warren Warner III passed away after a very tough battle with bacterial meningitis.   Warren Warner is a partner at another local CPA firm, Brown, Holder and Alfaro.  Our hearts go out to Warren, his family, and the whole team at his CPA firm.  Warren Warner III graduated from Justin- Siena with my daughter Kristen in 2008.  He was just 19 years old.  My daughter knew him well and when I heard the news I …

What “stripe” of cat are you?

In addition to my two dog boys, Ace and Blue, I also have two cats.  I know what you are thinking “destined to become an old woman with lots of pets”.  Yes, that will probably be me.

Anyway, my two cats were both adopted from local shelters and have had dog siblings all of their lives.

Cara, the elder of the two cats, is an extrovert.  She is the first one to greet me (on the front porch of my house) when I arrive home from wherever I have been.  When I have company, she hops into their laps to be petted …

Life Returns to the Vineyard On a recent fieldtrip into a Carneros vineyard I got to experience first-hand the pruning process.  It was a chilly morning and some vineyards had the wind machines running.  It was time to test them before the upcoming frost season.  As the sun’s rays began to warm me up I was anxious to discover more about the tasks before us.

Dubbed as the most important activity of the year, pruning requires a focus on each vine.  Understanding the life stage of the vine and what you are trying to accomplish …

In the United States, April 15th is the day procrastinators everywhere dread. It’s the day their individual tax returns are due to be filed. Thankfully, the IRS and most states offer an automatic six month extension of the filing deadline, so they can put off gathering those records for another 6 months.

According to IRS data from 2008, of the 154 million returns that were filed for that year, 10 million of them were filed on extension.

Here are some of our favorite reasons those 10 million have been unable to file their tax returns on time:

1. My bottle of Tequila fell over and … 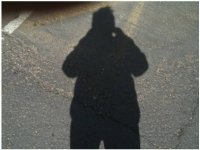 The View from the Gutter

Life lessons from the bowling alley.

First of all, you have to wonder who decided to associate all of those unfavorable words with this game.  You play the entire game in an “alley” for goodness sakes. That doesn’t sound like the kind of place you want to be after dark.

And then there’s the “gutter”, which for some of …

Are You Still in the Fog?

Growing up in the Sacramento Valley I had plenty of opportunity to experience  fog so thick you couldn’t see the house across the street.  In the Napa Valley, we only experience ribbons of  fog that lace a vineyard together or tuck into a hillside.  I captured the picture above on my way to work this week.  It struck me how quickly the fog formed and meandered amongst the vines and trees.  Unlike the tule fog that sticks low to the ground and makes it …

Lemonade in the mist

There is an old saying that when life gives you lemons, you should make lemonade.  Last year, a new job opportunity resulted in my having to make a fairly significant daily commute. For someone whose previous “commute” was less than four miles and took about ten minutes, this could be considered a “lemon”.

My new commute from the north end of Santa Rosa to St. Helena takes around forty-five minutes. It is a route with minimal traffic but one …